Inferring the social complexity (also known as the “social inequality”) of a settlement from solely its material remains is a common task in archeology. Socially complex settlements have a social structure with a division of labor based on more than age and gender and a hierarchical ranking of certain groups with differential access to resources and power. A socially complex society implies an integration of differentiated social roles into a cohesive society with uniform expressions of solidarity or difference via language and culture–things that are variously manifest in its material culture. END_OF_DOCUMENT_TOKEN_TO_BE_REPLACED

According to archeological evidence, it seems that the earliest humans migrated to the New World in several major waves between 20,000 and 15,000 years ago. Some of these migrants came from north eastern Asia along a maritime route and traveled down the Pacific Coast during the terminal Pleistocene–as  early as 12,00 to 13,000 BP in California according to archeological evidence (Erlandson 2008:2232; Faught: 2008: 677; Hall 2004:154; Jackson 2007; Roosevelt 2002:95). The following review will summarize some of the prehistoric material evidence which disproves the long held belief that the Clovis big game hunters were the first Paleoindians to make it to the New World via a terrestrial in-land migration route (the so called “ice free corridor”) from north eastern Asia through Berengia during the Ice Age (ca. 11,000 BP (Balter 2007; Fidel 2004: 95; Turner 2003). END_OF_DOCUMENT_TOKEN_TO_BE_REPLACED 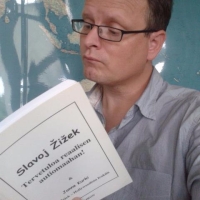 Making it big in business after age 40