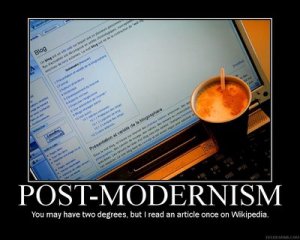 Post-modern theorists Pierre Bourdieu and Michel Foucault had different notions of the roles of culture and power in society. Both of these researchers were influenced by the Marxist view of inequality in societies as being concealed and justified by dominating ideologies. They both protested social injustice during the socially tumultuous late Sixties and early Seventies. They both believed that governments were created to serve the interests of the political and economic elite. The following paper will attempt to explain how these hugely influential social scientists differed in their perspectives of the relationships between the powerless in society and the powerful.

NEVER GIVE UP: PIERRE BOURDIEU 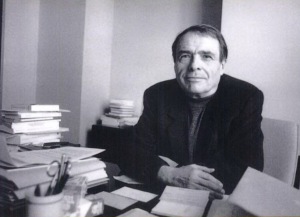 Pierre Bourdieu (1930-2002), a French postmodern social theorist, sought to transcend the two main (and often opposed) directions in anthropology in the 1960’s–the symbolic and structural interpretive and the so-called objective perspectives of neo-evolutionism, cultural materialism, Marxist materialism, biological anthropology and others–by synthesizing them with an over-arching Marxian materialist and sociological perspective (Erickson 2008:183). The theoretical lineage of Bourdieu included a heavy influence of French interpretive structuralists such as Émile Durkheim, Marcel Mauss, Ferdinand de Sausseur and Claude Lévi-Strauss as well as the historical and sociological social theorists Max Weber and Karl Marx (Wacquant 2003).

In An Outline of a Theory of Practice, Bourdieu’s ethnography of the Kabyle of Algeria, Bourdieu explains his materialist, postmodern, poststucturalist and post-existentialist theoretical models within the context of interpreting Kabyle cultural practices (Bourdieu 1977:vii).  In particular, Bourdieu makes a decisive break from his French structuralist predecessors by analyzing the human agency and strategy behind the practices of his Kabyle informants, or, what Bourdieu calls their culture’s assembled practices or praxis. Bourdieu believed that “society is constructed by purposeful, creative agents” who create their culture “through talk and action” (Erickson 2008:187). It misses the phenomenolity or practical reasons that occur in time that initiate a practice. Bourdieu calls his synthesis of both the scientific and the interpretive paradigms a “theory of practice” (Bourdieu 1977:4). 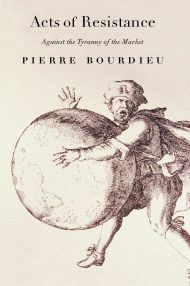 Acts of Resistance by Pierre Bourdieu

Bourdieu believed that cultures and societies are “systems of relationships, or “fields” that have a natural order, orthodoxy, promoted by the dominant group that he calls “doxa” (Bourdieu 1977:169). The dominant group subjugates other groups through political and economic domination as well as “symbolic domination” by cultivating relationships and material items believed to be prestigious or valuable (Erickson 2008:188). Bourdieu believed that a subordinate group could renegotiate their inferior status and gain status by creating a resistant sub-culture with an alternative taxonomy among their members. Within their sub-culture members accrue “symbolic capital that elevates their status and resists the hegemony of the dominant group. Bourdieu called the source of their ability to innovate and redefine their cultural norms habitus (Erickson 2008:188). “The habitus is necessity internalized and converted into a disposition that generates meaningful practices and meaning-giving perceptions,” Bourdieu explains (Bourdieu 1984:170). The underlying theme with Bourdieu’s work is the study of the negotiations of power through dominance and resistance. According to Bourdieu, power can be negotiated and resistance is not futile. Through resistance, a sub-culture’s habitus can become, over time, the new dominant culture’s doxa.

Anthropologist Dick Hebdige shows how English working class white and black youths in the 1970s resisted their marginal status by creating the Punk and Reggae sub-cultures with alternative taxonomies that rejected the values of the dominant white British upper-class. Their convention-defiant preferences for their own slang, music, fashion, body art, sexuality, geography and subsistence practices re-enforced and reproduced their practices creating their sub-culture’s habitus  which successfully elevated their status and affirmed their membership in each of their resistant groups (Torode 1981). “By widening the descriptive range of the term ‘capital’ to incorporate other forms of cultural and symbolic power beyond the purely economic, Bourdieu gives the lie to any notion of a ‘disinterested’ acquisition of (cultural or aesthetic) knowledge,” Hebdige explains (Hebdige 1983). Over time, the Punk and Reggae material forms became commoditized by the marketplace as their styles of music, art, fashion and embodied culture became popular with the mainstream. Where once black leather jackets, shaved heads, body tattoos and multiple piercings, pale white skin, Italian scooters and loud angry music was denigrated as low-class, the Punk culture, transformed into profitable commodity, elevated these material forms in the music and the arts as fashionably iconoclastic and worldly. Bourdieu recognized the “functional complicity” between the economic and cultural forms of power to validate new trends so they become conventionalized and appropriated within the dominant culture (Hebdige 1983). Or, in simpler terms in our materialist society, if you want to find power, follow the money. 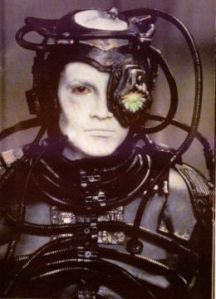 “Resistance is futile,” according to the Borg, a technologically advanced society that functions through a collective will on the television series Star Trek: The Next Generation. Like a politically and economically dominant culture, the imperialist Borg travel through space in a huge indestructible cube and with overwhelming force assimilate individuals, communities, and cultures into “the collective” destroying all who try to resist (Gruenewald 2006; Star Trek 2010) Before they assimilate a victim, the Borg utter these terrifying words, “Resistance is futile.” These words are also attributed to Michel Foucault for his nihilist philosophy about the futility of individuals to resist their dominant culture. 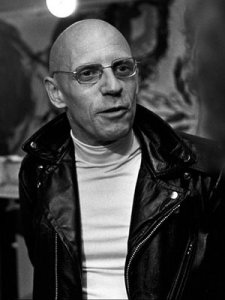 Michel Foucault (1926-1984) was a French philosopher and historian who studied power in society and the historically contingent and culturally constructed production of knowledge. Foucault was not an anthropologist. He was, however, a French intellectual and academic of the post-Sartre, post-structuralist generation of influential thinkers such as Pierre Bourdieu. Jacques Derrida, Gilles Deleuz and Julia Kristeva (Oksala 2007:2).  In writings about Michel Foucault (1926-84) he is described primarily as a philosopher and social activist. Those labels are insufficient, however, considering Foucault’s impact on fields as diverse as psychology, sociology, corrections, law, medical anthropology and gender studies (Oksala 2007:1; Rabinow 1984:4).

Foucault’s life experiences as a Marxian intellectual and homosexual from a homophobic middle-class family from a working class city in France profoundly contributed to his work and his perspectives on institutionally validated cultural dominance. Suffering from rejection for not being heterosexual and following in his father’s footsteps into the medical profession, Foucault’s early years as a college student in philosophy at France’s most prestigious school, École Normal Supérieur in Paris, had been “psychologically tormented but were intellectually brilliant” (Stanford 2008). Marxism and Freudian psychology influenced Foucault’s thought, as those were the dominant discourses during the middle of the Twentieth century, however, he differed from the belief systems of both Marx and Freud politically, psychologically and institutionally (Rabinow 1984:26). Foucault’s work is usually divided into three phases that deal with the production of Western knowledge through the lenses of history and Marxist materialism: History of Madness (1961), The Birth of the Clinic (1963), The Order of Things (1966), and the Archaeology of Knowledge (1969) (Oksala 2008:3).   The last years of Foucault’s life were spent lecturing and researching the cultural constructions of gender and sexuality. He founded a new approach to sexuality and power relations called “queer theory” that sought to de-stigmatize being homosexual (100). Tragically, Foucault’s own life illustrated the dictum “Resistance is futile” as he never admitted to being gay publicly and he was one of the early casualties of the AIDS epidemic and died from AIDS-related complications in1984 (100).

The Birth of the Clinic by Michel Foucault

Foucault provides valuable analytical categories such as “discourse, normalization, disciplinary practices and technologies of self” that can be used to critique the structures of oppression in Western society that are manifested in the ideological aspects of medicine, psychology, science that justify the social status quo and interests of the dominant culture (Greenlee 1991). Judith Butler’s writings about gender performance give an example of the futility felt by some feminists in resisting male dominance. She writes that feminist discourse inadvertently re-affirms the male dominance that it is trying to emancipate itself through using a language constructed in a male-dominant culture. The “feminist subject turns out to be discursively constituted by the very [unequal] political system that is supposed to facilitate its emancipation,” according to Butler (Butler 1990:3). Butler asks Feminists “to displace the binary” of heterosexist construction of gender in order to prevent to political marginalization of homosexuals and Feminists (Butler 1990:171). To do otherwise is a self-defeating discourse that does not acknowledge the historical, contextual, and the transient aspects of gender identity” (Butler 1990:203).

On a less tragic note, Buddhist scholar Robert Sharf of University of California Berkeley writes about how the popularity of “Buddhist Modernism” in America illustrates the globally dominant influence of the Western scientific rationalism (Cooper 2007). According to Sharf, Princeton anthropologist Gananth Obeyesekere coined the term “Protestant Buddhism” in 1970 to refer to the Western and, in particular, Protestant Christian, influences on Zen Buddhism in the twentieth century. Lately, the term “Protestant Buddhism” has been replaced by scholars with the more neutral term “Buddhist Modernism”. In order to make Mahayana Buddhism compatible with [Western] science, D.T Suzuki, a master teacher of Zen Buddhism in Japan, “accepted a Cartesian dualistic understanding of the world” where ritual was de-emphasized because it was part of the material world of science and hindered personal and individual spiritual enlightenment according to Sharf (Cooper 2007). To translate the Buddhist experience into terms Westerners could understand and would be adopted in modern Japan, Suzuki borrowed Western concepts. He emphasized the individualistic and private transcendent experience of satori (“the sudden experience of an enlightened state”) of Buddhist mediation and eschewed traditional rituals and community engagement (Cooper 2007). However, traditional Buddhist epistemology “simply does not accept the Cartesian notion of an insurmountable gap between mind and matter, says Sharf (Cooper 2007). The Theravada branch of Buddhism also has a Westernized and individualistic practice called Vispassana (“insight”) meditation that was established by two twentieth century Burmese meditation teachers who were popular in the West according to Sharf. In parts of Southeast Asia most affected by Western culture, urbanization and industrialization, local Buddhist leaders have adopted similar strategies (Cooper 2007).

In “Theory in Anthropology Since the Sixties”, Feminist anthropologist Sherry Ortner cautions against ethnocentric and unreflective perspectives reminding us that that all knowledge is situated in time and place (Ortner 2006:465). Remembering Weber, Bourdieu and the other postmodern theorists she insists on the importance of viewing people from within their native culture and as “active agents” and their cultures as systems of practices in a network of asymmetrical social relationships (469). So, is resistance futile? It seems that complete resistance to the dominant culture is futile. But, in an ever more fast-pasted, diverse and globalizing world, partial resistance is not and social change inevitable. All cultures contain appropriations of resistance and elements from other cultures through systems of exchange that have been in place since Homo sapiens existed. The cultural appropriations and resistant trends that predominate in a society come with the passage of time. If only Michel Foucault had lived longer.